How do you convince people to open your emails??!!! Your email subject lines, of course!

Writing these emails to customers, leads, subscribers, collaborators, influencers, and your mom is work. It takes time and energy and you’re opening for some sort of result in return for that work. Then, when they don’t even OPEN the email, let alone read or respond, it can get pretty discouraging.

Read here about how you can shave time off your newsletter creation process.

There are generally two reasons someone opens up an email when they see it pop into their inbox. If it’s someone you’re looking forward to hearing from, you’ll of course open it! Now, that’s sort of the holy-grail every business is looking for. To be so anticipated that your audience eagerly opens every email you send.

They’ll also open your email if it has a subject line they can’t resist. Sometimes you’re generally curious, sometimes it’s click-bait and you know it, but it’s so clever you can’t help but click.

My email subject lines could use some work, as could my headlines and other headings. So I thought I would take a look and see what emails I open and analyze what made me do it. I’m hoping that I can learn how to convince people to open my emails and read my posts because I feel like I’m providing some great help. But my audience won’t get that help if they don’t open what I send to them.

Since I was doing this digging anyway, I thought I’d help you out as well. Here are some headlines from people who got me to open their emails and a little bit about what drew me in!

Pin this image below to your email marketing board on Pinterest to make sure you can find these great subject line examples again!

I open nearly every email this woman sends. Even if I’m not at all interested in the topic she’s talking about. I’d read an article on obscure sections of tax law accounting if Ash wrote it. She herself is unbelievably interesting and the way she writes is both ultra-descriptive and to the point while being highly entertaining.

This particular email subject is awesome. I’m amazed at the number of concepts and ideas she gets in on email subject line. I’m starting here because there’s so much to process. And I can’t imagine not clicking on this masterpiece. If her subject line is this good, what must her emails be like? (hint: even better than her subject lines. If you don’t follow her, subscribe now.)

Let’s break this one down:

Day 15 – there’s a series going on, I might want to read the previous ones if I haven’t yet!

And our evil plan – polarizing, but damn effective for those of us that always fantasized about having an evil plan

$245,625 – that’s a very specific number, intriguing. Plus it large enough to get everyone’s attention.

Need Your Help -she’s calling on me to help! I’ve read her articles for years, yes, I’d be happy to help her out!

Ireland – What? A completely unpredicted left turn. Why is she talking about Ireland?

Kai is generally straightforward and to the point. His choice of words, though are consistently eye-catching and interesting. First he uses the word “become.” Become implies a transition with positive results, and that’s pretty much what everyone wants. “Fanatic” is a word that we know, but don’t see used that often. It’s uniqueness draws you in and makes you want to click.

I thought I’d add here – Kai does another brilliant thing and includes a FAQ list in the footer of his emails. I think that’s pretty brilliant.

how I used Barbie Dolls to manifest my life.

Amanda writes about money mindset and manifesting abundance. I’ve only just this week subscribed based on a recommendation I read. And she sure knows how to write a subject line. This subject line is to the point and tells your right what the email is going to be about. Yet, you don’t really know what on earth she’s talking about. What did she do with Barbies? That Weird Science thing with electricity and a bra? How can Barbies help bring good things into your life?? While I’m a firm believer in mindset and focus, I don’t get so into the woo-woo Law of Attraction, think it and it will come kind of articles. This subject line got me to read!

From idea to damn-near overwhelm in under 12 hours

Here are two separate subject lines from Miles Beckler. He sends emails I would read even if the subject was “email #498.” His subject lines aren’t as imaginative as some but they’re usually outrageously appealing. He tells you exactly what you’re going to get and he delivers even more than promised.

His consistency providing excellent information makes each subsequent subject line more believable and therefore more compelling. You know that if he says he’s giving away his entire process, then it will be the whole thing, nothing held back.

Could you design a hotel for Apple? Here’s how…

We’re breaking up (sorry not sorry)

You’re already generating all the leads you need

Email subject lines from Mike Killen are nearly always intriguing and they don’t always tell you what they’re about. And sometimes, like in, “You’re already generating all the leads you need,” the subject lines stir the pot a little bit. I want to know – how is that even possible? What does he mean, all the leads I need?? He’s a bit opposite of Miles Beckler because I rarely know what the email is going to be about when I see the subject line. But, I’m hooked by the question, and I open.

Why I stopped building a list (and you should too)

Bushra knows exactly how to get people to open her emails. I guess she should, since her business is The Persuasion Revolution. She nearly always writes a surprising or controversial email subject line. They are contrary, but also include a promise of help as well. I find that pretty compelling.

Rome Wasn’t Built in a Day, But They Were Laying Bricks Every Hour

This subject line from James Clear uses a metaphor to paint a vivid picture and illustrate a point he wants to make. You know it likely has to do with habits, since that’s his niche, but it gives enough promise that you want to read what he has to say. Here he ties laying bricks to the city of Rome. It sounds like he’s going to reveal how little actions can build something great. I will click on these all day long!

You Don’t Exist to Please Dipsh*ts

So I saved the best for last.

Really? Successful use of the word dipsh*ts in an email title? I think it’s because she’s not actually calling anyone out, instead she’s talking about you, the reader and dipsh*ts represents anyone who’s trying to judge you. Other emailers might have written a subject line like, “5 Reasons to Stop Being a People Pleaser.” And I know which one I’d rather read. Ash’s subject lines promise an exciting read within the email itself, and like examples above, she delivers. She knows how to get people to open her emails like no one else!

I’d like to say that my subjects weren’t as dull as, “Stop Being a People Pleaser,” but I think they are. I’m going to use some of this analysis to see if I can spice up my email subject lines. Think about these as you write your own subject lines! 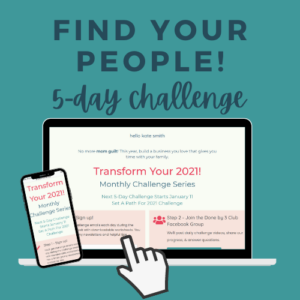