Well, actually it was really a bistro. It used to be bars, but as new parents, brunch was more tempting than beer.

A few years ago, two of my dearest friends and I met in Atlanta for brunch. Even though we all lived in the area, if you know Atlanta, “the area” can easily mean more than an hour away from each other. This took a real commitment to get together. We spent time catching up with each other and talking about our growing families.

We had so much in common.

All three of us graduated from an excellent liberal arts college and had gone on to further education for professional gain. I got an MBA with an IT major so I could manage enterprise level IT projects and early telecom e-commerce efforts. The woman sitting next me had been going to class since graduation for continuing education so she could maintain her CPA certification. And the woman across from us had gone on to get her law degree combined with a public health degree.

All three of us were married. The lawyer, the longest. And me, the most recently. We have awesome spouses who happen to have professional careers that often dictate schedules.

All three of us had children. The lawyer – three, the accountant – two, and me – just one.

We were all trying to balance everything.

And we ALL thought we were doing it wrong.

We were really trying!

When she had children, my accountant friend kept her position at her accounting firm, but elected to go “part-time.” Part-time is in quotes there because what that meant was that she was working 40 hour weeks instead of 60 (or more during tax season). For her only 40 hours per week, I believe she had to take a pay and benefits cut.

She wanted to stay current with her career – she wanted to use her brain and her skills. She didn’t want to give up something she’d worked really hard to achieve. And of course, she didn’t want to give up the income. But she also missed seeing her kids. She felt pressure from her parents to spend more time at home with her kids and she felt pressure at work to spend more time working.

My lawyer friend has three kids – the youngest two are twins. After her twins were born, she decided she needed to take a break from her work at a big-name law firm to be able to manage her family. Fortunately for her, her family was able to take that hit in income. With 3 little ones though, it was no life of leisure – she was tired and missed a lot of the personal fulfillment that her work had brought.

She has since gone back to work part-time and remotely, so she can work from home. I know this finally gives her some balance – but she had to wait until her kids were in school to make it happen. Even still, I know she has to fire up her laptop late night to get things done.

At the time of our brunch, I had just left my corporate job. I had been a business analyst, originally in the IT development department. The initial promise had been good – I was going to use my dev skills, web skills, and business skills to help out the build and release of a new internal product. As often happens, I was re-org’d so many times, I ended up in the Product department, away from any dev work at all. I was looking for a new job when I found out I was pregnant.

I stayed at that job because I knew we’d need the insurance and FMLA leave time. We moved two hours away, and I worked out a deal to work remotely, and only come in once per week. Then, with FMLA, vacation, and unpaid days, I was lucky – I was able to take 12 weeks off for the birth of my kiddo. He needed a few more doctor visits than typical, and I had time to manage.

My first week back to work, I was SO proud of myself for putting in a full 40 hours. It took quite a bit of working late at night to make it happen, but I did it! And then, my boss told me that while I was away, everyone had been putting in 11 – 12 hour days and I needed to do the same.

Crap. But I got it done. I was exhausted, but I knew it wouldn’t last, and the kiddo would soon spend a few hours each week at a church program. So then, the company decided it needed us on Saturdays too. Seriously? That’s how I was getting in the 11-12 hours. I couldn’t possibly do any more.

We reviewed finances, finished paying off our debt, and then I gave my notice. I was burnt-out, and didn’t want anything to do with IT at the time. What I did want to do was art. I started a calligraphy service business that hummed along. It was a decent fit for the time and scheduling I had available, though it didn’t pay quite what I wanted (and I didn’t want to do what I needed to do to make that scale).

note: and clearly that didn’t last. When we moved again, and my kiddo was in kindergarten, I re-focused on web development and digital marketing. I think I needed that break though!

Surely we could figure this out…

Between us, we covered most of the options out there for living in a family with kids. At least the options available to most people.

We each thought that we could be doing “better” in some way.

But nobody had the answers, we were just trying to do our best with the situation we had. I think we each thought we should be clever enough to do things the right way. The way that would be happy and easy for our family.

But I don’t think work always fits that well with family. Which is funny because family costs a heck of a lot more than being single.

I want to make work work

I want to make work work for me. And as I do, I want to help other parents build something that works for their life.

I’m still not sure about those magic few years before kids start school. But once they’re in school for a few hours each day, that leaves time to build up something that can be rewarding, both intellectually and financially. 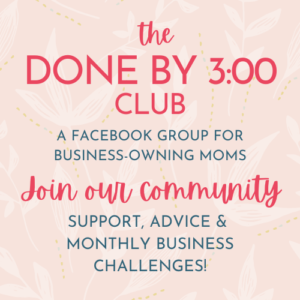 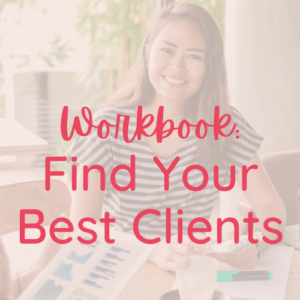 How to Write Cold Emails that Get Responses